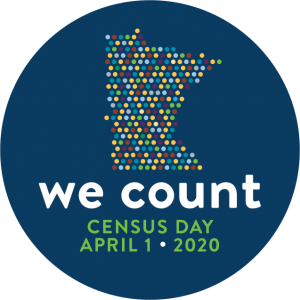 What is a Questionnaire Assistance Center?

The Jackson County Libraries are registered as a Questionnaire Assistance Center and are available to help people navigate the 2020 Census completion. Library staff in all three locations can assist patrons by helping them access the correct website, showing them how to request a paper form if desired, referring them to the official Census help desk and responding to basic technical questions. Public access computers are free to use at the Jackson, Lakefield and Heron Lake libraries.

More Information on the 2020 Census

The U.S. Constitution requires a count every 10 years of every person living in the United States.  Census results determine how billions of dollars are distributed each year for libraries, schools, and other essential services that communities rely on.  Census data also determine representation in Congress and the Electoral College, as well as in state and local governments.

Beginning March 12, 2020, the Census Bureau will mail every household in the United States an invitation to respond to the census, including a new option to respond online as the primary way to participate. The Census Bureau will send paper questionnaires to households that have not responded after several reminders, and will follow up in person, if needed.  The questionnaire takes about 10 minutes to complete.  April 1 is known as “Census Day,” although households can respond before or after that date until July 31.

Response options for completing the 2020 Census:
Online: Respond online at my2020census.gov starting March 12
By phone: Get assistance or respond by phone starting March 9
By mail: Households will receive a paper questionnaire between April 8-16
At home: Census takers will visit households in person beginning May 13